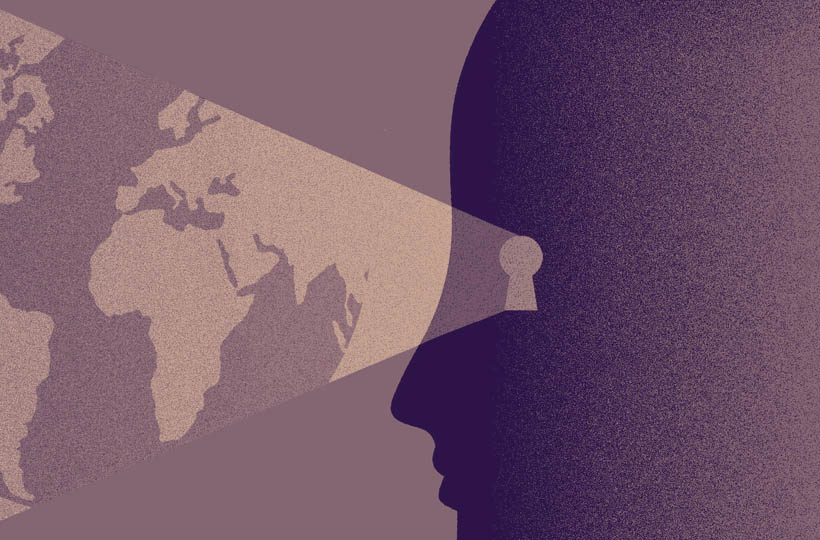 On 16 March 2021, we have the pleasure to invite you to a seminar on foreign journalism and international news in Norway and the Nordic countries in the ‘long’ 20th century. This notion is inspired by the historian Eric Hobsbawm, who shortly after the fall of the Berlin Wall coined the term ‘the short 20th century’. This was his description of the world-changing period from World War I to the end of the Cold War: the dissolution of the Eastern Bloc heralded a new epoch, which pointed to the new century.

However, more than 30 years have now passed since the Berlin Wall fell, and we can still see the traces of the two wars, the interwar period, the Cold War, and the new tensions in the following decades, in the present day. So it is important to ask questions not only about what is an expression of a break with the past, but also about continuity and how developments in the 20th century have helped shape our contemporary era. In this seminar on 16 March 2021, we will in particular pose these questions as to how, and in what ways, we can retrieve this history in foreign journalism in the Nordic countries.

At the dawn of the 20th century, the world was closely intertwined in an almost global market. The period up to 1914 has been called ‘the first wave of globalisation’. But with World War I and the Russian Revolution, the international order that had been created in the 19th century finally collapsed. Decades of economic crisis, a new war, genocide, fear of nuclear weapons and rivalry of the great powers were to follow, but eventually also of social and democratic reforms and social movements with great international impact. And, not least, the development of a new and far more pervasive global market than before the wars (and subsequently, new economic crises), driven, among other things, by an equally pervasive communications revolution. In 2020, we once again interact with the entire globe in trade, but also in completely new ways. We are also, albeit to a varying degree, affected by climate changes, the aftermaths of economic crises and viruses with a global reach. We communicate in real time all over the world, time and space seem to have diminished drastically, and truths and lies seem to be carried almost as far.

Foreign journalism has participated throughout this journey. First as telegrams from foreign news agencies, letters from travellers, or from correspondents, who with time could even send images, sound and eventually live images by satellites across borders.  Today we have immediate access to other journalism and media content from all around the world. At the same time images have increasingly come to play a role as documentation, not only illustrations, which in itself has changed foreign journalism significantly, both with regard to content and form.

During the 20th century, Nordic journalists have also undergone what is described as a process of professionalisation, but today we are again questioning whether the boundaries of journalism are becoming blurred – also due to digitalisation and the communication revolution. But not everything is new – some of the new outlets that today challenge legacy journalism may have values similar to those that existed in the time of the party press.

Until recent decades, journalism has been one of our most comprehensive contributions to creating meaning from the events around us, and it continues to have a significant impact. In foreign journalism, moreover, the public is even more dependent on being able to trust the media than in domestic journalism, while journalists are also even more dependent on being able to trust their sources. This is not least important in cases where the journalists do not know the areas they cover well enough – in recent decades so-called “parachutist” or “grasshopper” journalism has for example become more common. But although “fake news” has recently become a buzz-word, propaganda and fake news have always been a problem, even for journalists that were based in the areas they covered. The question about where the news come from, has therefore been a pressing one at all times.

The Nordic countries have many common historical features, but there are also considerable differences. During the Cold War, for example, Norway, Denmark and Iceland joined NATO, Sweden remained neutral, while the Soviet Union’s influence in Finland became significant. Denmark and later Sweden and Finland became EU members, while Norway and Iceland stayed out. The countries’ press histories also have many similarities, and are characterised by a historically strong party press, a high level of professionalism, institutionalised self-regulation and strong public broadcasters. Despite these similarities, each country has also had its own national ways of disseminating foreign and international news.

However, the proposals may also be about methodological problems or basic academic problems. With digitalisation, news media with their historically incessant flood of information have become an academic goldmine, but a goldmine that in itself presents new methodological challenges and problems.

Last but not least, we are interested in contributions that help to map existing research on foreign journalism in the Nordic countries. Despite extensive works on press history in many of the countries in recent years, there is still a long way to go before we have a comprehensive overview.

We welcome contributions, in Scandinavian languages or English, from various professional traditions and disciplines, and the seminar is an invitation to an interdisciplinary dialogue between debaters, researchers and industry professionals.

The invitation is part of a series of annual seminars, during which the Norwegian Media History Association addresses various media history topics from the last 100 years, with particular emphasis on recent decades. The purpose is to enhance our insight into contemporary media history and the role the media has played in forming present-day public opinion, democracy and culture.

As has been the case with previous seminars, the contributions can be considered for publication in a special issue of the Norway based media history journal Mediehistorisk Tidsskrift to be published in the spring of 2022, but can also form the basis for other research collaboration in the longer term.

Article proposals are due on 2 January 2021. They should be sent by email to Rolf Werenskjold at Mediehistorisk Forening (rolf.werenskjold@hivolda.no), who will also be co-editor of the special issue of Mediehistorisk Tidsskrift, with a copy to editor Birgitte Kjos Fonn (birgitte@oslomet.no). A notice of acceptance will be sent by 15 January 2021. Full papers or extended abstracts are due on 1 March 2021. 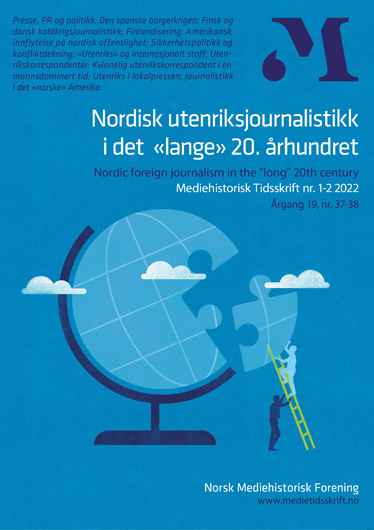 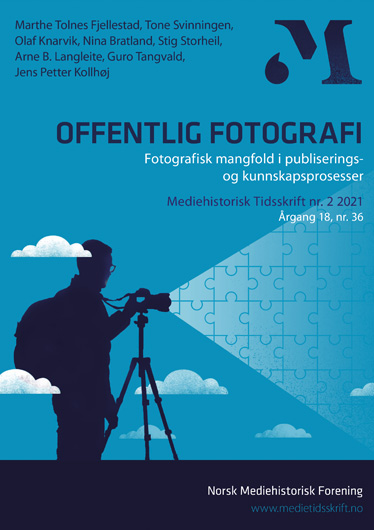